I've always loved decorating at Christmas!  Some of the pieces in our display are hand made and this year we'll be adding some really cute items and some hand made elves that I have finished and have ready to go.  After all, what would Santa's House be without the elves???!!!  I don't usually start planning my Christmas display until early November but in 2008 we entered and won a contest called "Nights of Lights" in our home town, Lubbock, Texas.  I found out in April of this year that that I had won aonther contest on  the Light-O-Rama website and my prize was a 16 channel starter package.  I was very excited about winning the contest in my home town, but was even more excited to find out I had been one of the winners in the LOR contest!  My prize was a 16 channel starter package which will allow me to create an animated computerized light show using my computer.  I've been working on my 2009 display ever since my controller arrived.  My husband kept saying "It's not even Summer yet and you're already planning for Christmas.  Quit playing those Christmas songs or I'll be tired of hearing them by the time Christmas gets here."

We've already purchased another 16 channel controller and hope to include some arches or mini trees in our display this year, and guess who's idea that was........you guessed it......hubby's!!!

Our sons (the elves) are a lot of help to us when we set up the display each year.  Thanks guys!!!

Ma and Pa Claus and the Elves 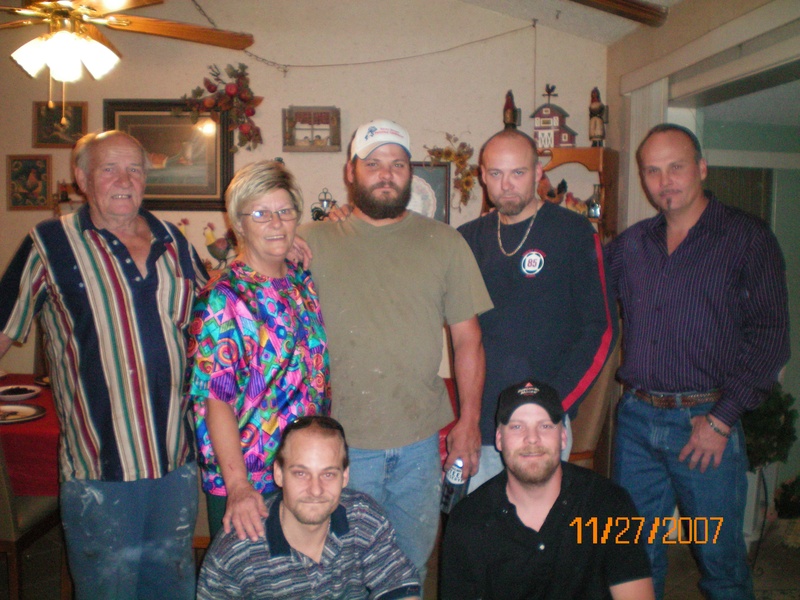 As I untangle strings of Christmas lights, Lord help me to remember that I do this first to honor You. Never let me get so prideful in my display that I fail to see the wonder in the eyes of a child or the joys on the faces of those who are still children at heart. Let me never forget that my total effort is to make Christmas memories, bring cheer and to slow down the pace of a hectic season, if only for a moment, and focus on the true meaning of Christmas. And Lord, someday, when I meet You face to face, may I hear You say: "When you made My people smile you made Me smile."